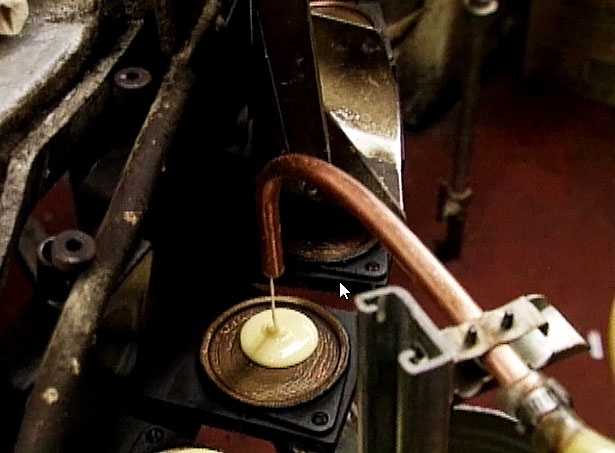 Makoto Hagiwara of Golden Gate Park's Japanese Tea Garden in San Francisco is reported to have been the first person in the USA to have served the modern version of the fortune cookie.

According to Wikipedia, “The exact origin of fortune cookies is unclear, though various immigrant groups in California claim to have popularized them in the early 20th century. They most likely originated from cookies made by Japanese immigrants to the United States in the late 19th or early 20th century. The Japanese version did not have the Chinese lucky numbers and was eaten with tea.”

Fortune cookies before the early 20th century were all made by hand.  After the fortune cookie machine was invented by Shuck Yee from Oakland, California, the treats were mass produced and prices dropped allowing them to become the courtesy after-meal dessert at most Chinese restaurants today.

During my visit to the oldest fortune cookie bakery in San Francisco, I had the chance to see both the automated and hand methods for creating this foretelling sweet.