Why Every Workshop Should Have Magnetic Pencils

Why Every Workshop Should Have Magnetic Pencils

If you are like me, more often than not I find myself in my workshop at a machine needing to measure and make a mark, but missing my pencil. It seems that I never have a pencil handy when I need one. Wouldn’t it be nice to have a pencil within an arm's reach at all times? How many times have you misplaced a pencil in your workshop? Well, I have a trick that will solve this problem for good. And, with this easy tip, it’s no surprise why every workshop should have a magnetic pencil.

What’s The Secret to Making A Magnetic Pencil?

The key to this solution is a ceramic disc magnet. Interestingly enough, these magnets (also known as ferrite magnets) were accidentally produced by two Japanese professors in the 1930s at the Tokyo Institute of Technology, Dr. Yogoro Kato and Dr. Takeshi Takei. 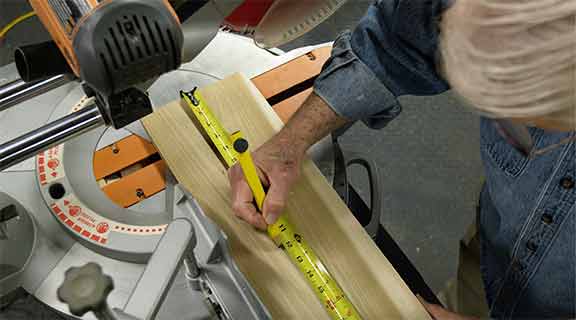 After doing some research, the history of magnets is quite fascinating, with the earliest reference to magnets dating back to 600 BCE where they found mention of Lodestone in the work of Greek philosopher Thales of Miletus. Early lodestone was found in the Greek region of Magnesia where it was believed that the Greeks started to use them in their early form. The word magnetic actually derives from the Greek word ‘Magnetis Lithos’ which now translates to ‘Magnesian Stone’ in relation to where the stones were originally reportedly found.

The first use of a lodestone as a compass is generally believed to have occurred in Europe from about A.D. 1100 to A.D. 1200. These lodestones were used by the world’s early navigators and explorers to locate the earth’s magnetic north and in 1600 William Gilbert published the first scientific study of magnetism called De Magenete. 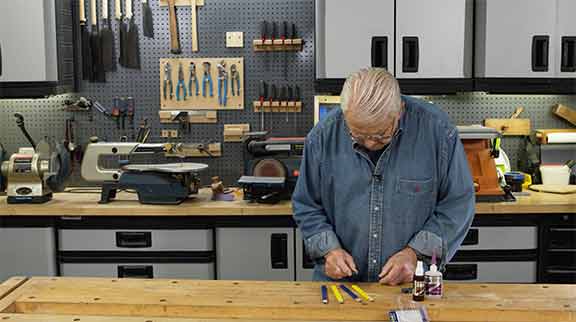 After the accidental invention of the ceramic magnet in the 1930s, later in the 1950s, mass production of ceramic magnets began as alternatives to metallic magnets and they are now commonly used in electronic inductors, transformers, and electromagnets.

How to Create Your Magnetic Pencil

There are a few ways to attach the ceramic disc magnet to your pencil; a fast-acting super glue and hot melt glue.

You can use CA glue, a fast-acting superglue, on the pencil. Then, spray an accelerator to the back of the magnet to make the glue instant.

Another way is to use hot melt glue. You put a dollop on the pencil and gently place the magnet. It should dry in an instant!

Always Have A Pencil Wi 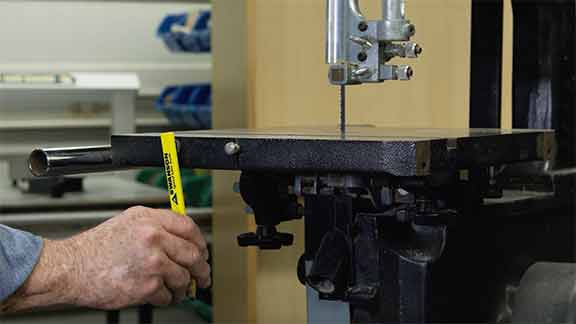 Now, place your magnetic pencils around your shop - on your drill press, miter saw, band saw, table saw - anywhere metal where they will stick. With a magnetic pencil, you’ll always have a pencil within reach and never lose another pencil.

If you like reading about tips to make your life easier, you won’t want to miss more of my DIY tips. 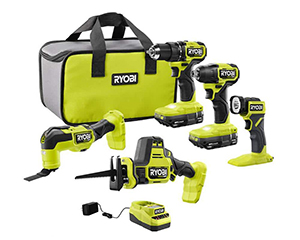