Keeping a fire extinguisher in the kitchen is a great idea, because most home fires start in the cooking area where heat sources and flammable materials such as grease can ignite and quickly jump out of control. Some conventional fire extinguishers are large and bulky, making them hard to store in a handy place in the kitchen. In contrast, modern aerosol products marketed as "fire suppressants" are compact and effective in putting out small kitchen fires.

To test one manufacturer's fire suppressant, we start three "grease" fires using mineral spirits ignited in a frying pan. Note that our test fire is outside, we are wearing protective clothing, and we do not recommend that you try this for yourself! In the first test, the fire is confined to the frying pan. Most of us have seen cooking oil become too hot and burst into flame. In the second test, the fire spreads from the skillet to the cook top, as it might if grease were spilled onto the burners when you try to move the skillet. For the last test, the fire jumps from frying pan to cook top and then spreads to the wooden wall.

In each test, the fire suppressant extinguishes the flames as we carefully follow directions for using the product! In the steps below, we present those directions along with some general tips on fire safety.

The aerosol fire extinguishing spray is available from Amazon. 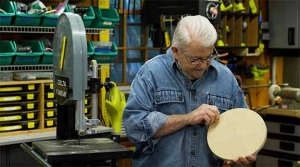 Learn how to make a shop-built woodworking jig to cut perfectly rounded circles. 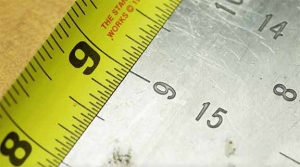 It probably never crossed your mind that a tape measure could be wrong - but it can. Find out the most common ways it can happen and how to fix it. 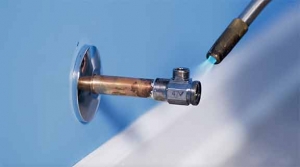 Several reasons exist for needing to replace a toilet valve. Learn how to do it with tips along the way.