How to Apply Window Film for Decoration and Energy Savings

Window Films Can Save Energy, Reduce Fading and Provide Privacy

Single pane windows can be one of the biggest energy-wasters in your home. But heat-control window film can help change that. To install the film, start by cleaning the glass with a solution of warm water and a few drops of dishwashing detergent. The best and fastest way to remove the soapy water is with a squeegee. Roll out the heat control film on a clean, flat surface. Then measure the width and height of the window glass, add one inch to each side and transfer the dimensions to the window film.

Use a sharp utility knife or a pair of scissors and a straight edge to cut the film to size. At one corner, press on strips of cellophane tape to the front and back. Apply a window film application spray to both sides of the film. Then pull the tap strips apart and separate the backing from the film. Spray the window, lift the film by the corners and place it on the glass. Smooth it out with your hands. Then, using a squeegee that comes with the installation kit, remove any bubbles or wrinkles by moving the squeegee from the center, toward the edge.

This trimmer, also part of the installation kit, used in combination with a sharp utility knife, allows you to trim the film for a perfect fit. A window film like this reflects up to 70 percent of summer's heat, helps retain winter heat and blocks up to 99 percent of ultraviolet rays.

Decorative window films like this one, can transform nearly any ordinary window into one that looks convincingly like stained glass. A frosted film allows light to pass through, yet provides privacy from the outside.

This window insulation kit uses shrink film technology to reduce heat loss through older, single pane windows. Install it by first applying double-stick tape around the edge of the window frame. Peel off the backing strip and press the film into contact with the tape. Finally, apply heat using a hair dryer on a high setting. The film shrinks as it gets warm, forming a drum-tight seal that eliminates drafts. Also, the layer of air trapped inside acts as an insulating barrier. Trim off the excess film with a razor blade, utility knife or scissors, and you're finished.

Whether you want heat control, glare control, privacy or a special effect, there's a window film that can do the job. 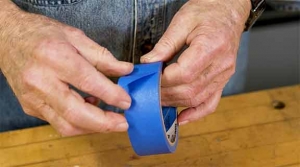 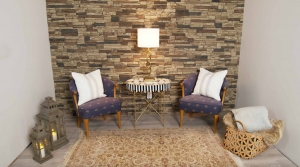 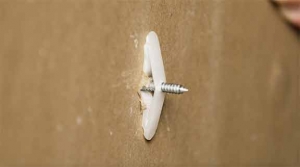