Ron:
You know, I was just looking over some of my emails, and the question that I seem to get a lot from folks is how do I hang heavy objects on the walls of my house without worrying that they’re going to fall down?

Well, there are five different pieces of hardware that are used very often for this.  I’d like to show them all to you, then go over the advantages to each.

Now, pretty much everything that I’m going to be talking about right now is designed to go into this type of wall material.  This is wall board, and if your house was built or remodeled since about 1950, this is what the walls are made of.

So, here are the five things that I want to show you , starting with these picture hangers that use very small nails, then moving on to the plastic anchors with screws, and from there to the screw anchors, also using screws, and then these hollow wall fasteners also known as Molly bolts.  And finally, over here are the big guys, the ones that can handle almost any hanging job, the toggle bolts.

So what I’ve done is set up a couple of demonstration walls.  Let’s go over there and I’ll show you how to use each one of these.

Let’s start with these picture hangers, which are ideal for small, medium, even large size pictures.  As a matter of fact, you would be amazed at how much weight a little hanger like that can actually support.  I’m going to show you.

Okay, we’ll just drive this in.

What I have here is a twenty-five pound barbell, we’re going to hang this over the hook.

Now this guy here, with the two nails, is rated for fifty pounds.  Okay.  Now, I don’t advocate pushing these hangers to the limit like this.  But I just wanted to show you that these are really a lot stronger than they look.

A lot of accessories that you hang on your wall, like this towel bar, come packaged with these.  They’re called plastic anchors.  Let me show you how to put them in.

Select a drill bit that’s the same diameter as the plastic anchor.  Then go ahead and bore through the wall board.

With those in, we’re all set to attach whatever kind of bracket we’re going to be using.  This is for the towel bar right here, and these screws go right into those plastic sleeves.

Now what’s happening here is as I put this screw in, it’s actually cutting a thread into that plastic insert, and sort of forcing it open and jamming it in the hole here.  Now this feels pretty solid, but what I don’t like about these plastic anchors for a towel bar like this, is if you put a lot of pressure downward on this, like a child might do trying to climb up, you can rip it right out of the wall.

Now the reason those plastic anchors don’t work so well for a towel bar or say a shelving bracket like this, is that the pressure is not just down like this, but it’s also pulling out.  For a situation like that, you need an anchor that grips the wall from the back.  Something like this.  This is called a hollow wall anchor, sometimes known as a Molly bolt.

Now, we just take these screws that we just took out, and put them back in through the holes of the bracket.  And that is really snug.  But, if you’ve got really heavy objects, big books, large stereo speakers, or if you’re hanging anything from the ceiling, then you’ll want to go to these.

These are called toggle bolts.  Now, when you’re drilling the holes for the toggle bolts you have to pick a bit that’s the same diameter as the folded toggle.

To install these, we’re going to squeeze the wings of the toggle together like that, just push them into the hole, now watch what happens on the back side as it comes through.  See, it sort of springs out like that, and then catches on the back side of the wall.  All we have to do now is tighten up those bolts.

Now.  You’ve got a bracket that is really strong.

Now I don’t recommend doing chinups on a bracket that’s put up with toggle bolts, but as you can see both of these types of anchors can support a lot of weight!  I’ve got almost a hundred pounds up here on this shelf.  So whether you want to hang a five pound picture, or put up a shelf that can support a hundred pounds or more, now you have the know-how to do it.

In this video, I demonstrate four different types of wall hanging devices designed for carrying heavier loads. In addition, I've included below, a link to a fifth type called a threaded wall anchor.  One of these should work for hanging just about anything from larger pictures and heavy mirrors to shelf brackets and cabinets. With the possible exception of the toggle bolt, all are intended for use primarily in drywall or wallboard. With a basic understanding of the differences between these and a clearer idea of how they work, you'll be able to choose the right one for whatever hanging job you're tackling. 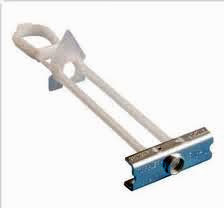 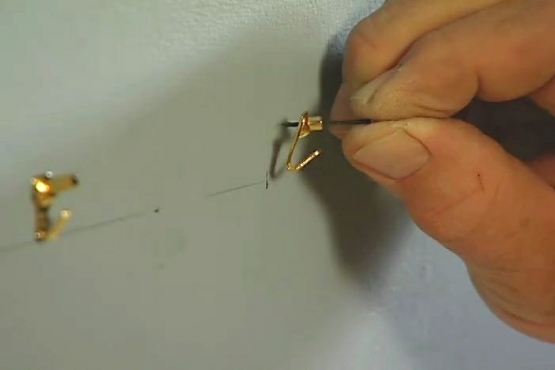 How to Hang Pictures So They Won’t Tip 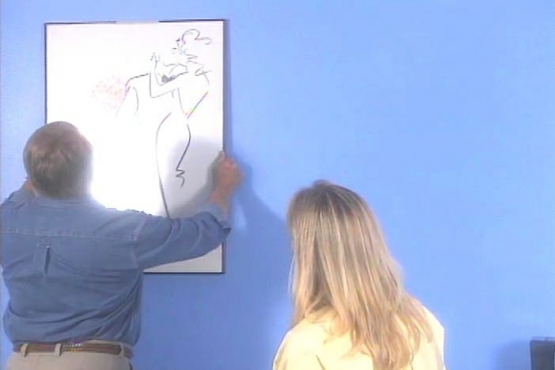 How to Hang a Picture Exactly Where you Want it. 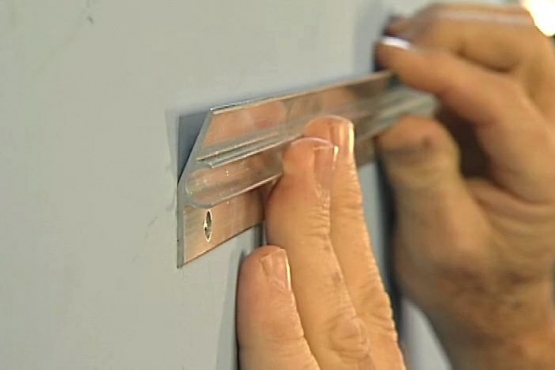 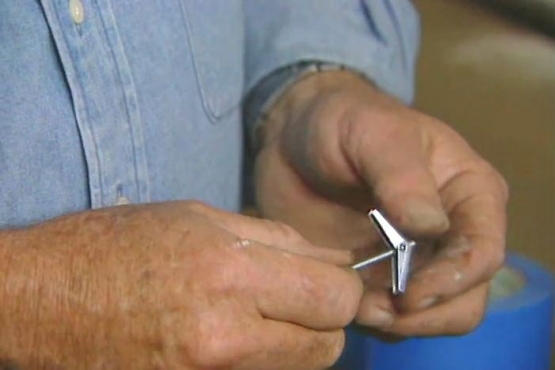 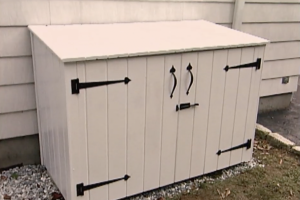 How to Make Your Own Garbage Enclosure

Learn how to construct an outside garbage enclosure that is attractive and animal-resistant. 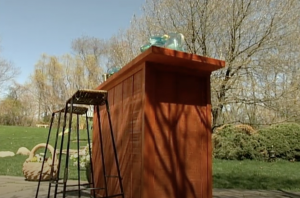 How to Build an Outdoor Bar

This handsome outdoor serving bar has a secret: it breaks down into 3 portable, easy-to-store pieces, and sets up easily on a deck, patio, or yard. 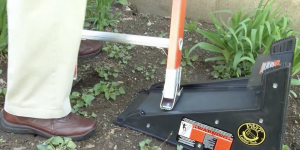 An extension ladder is, without question, indispensable when it comes to reaching upper interior walls, second story windows, gutters, electrical fixtures and more.

How to Make Your Own Garbage Enclosure

How to Build an Outdoor Bar